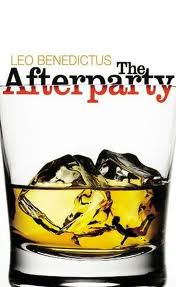 I feel a bit sorry for this book.  It is suffering from its reading position; it was stuck in the second spot of a 4 book double-decker mega sandwich, where the other 3 books were the yummy fillings, savoured at the time and remembered long after digestion, and this book was the limp lettuce, endured because people say it is good for you but you’d have dispensed with it were you not so stubborn.  That, my friends, is a very cheesy analogy, but you know what, it’s about as cheesy as some of the dialogue in The Afterparty.

If you remember back when I told you what my summer reads would be, I worried about this book, having read some reviews describing it as “post modern”, in fact the author (within the novel) describes it as a new type of fiction, not “post-post modern”, not even “metafiction” but “Hyperfiction”.  I’m not sure I even understand what that is, but it’s almost beside the point because it’s just a bit dull, gimmicky and often feels like it’s trying too hard.  I do wonder however whether my opinion may have been different had I not read it after and before some exceptional books of amazing original writing.

*Spoiler alert*  The basic premise (and this may be tough as there are several story threads) is about a writer, William Mendez trying to sell his “novel”, by enticing a publishing agent to represent him and his masterpiece.  The first story thread involves email traffic between Mendez and Valerie, the agent.  Mendez sends Valerie the novel called “Publicity” chapter by chapter and they discuss plot and character development, marketing strategy and other issues related to the book.

The second story thread is the novel Mendez is writing, chapters of which are interspersed with the aforementioned email conversations.  Mendez’ novel is about Michael, an unfashionable, ugly, instantly forgettable  journalist sent to cover the celebrity littered birthday party of an A-list movie star, who, of course, is married to a drug dependant model.  Michael manages to get an invite to the afterparty at the movie star’s house, where he witnesses something which will change the lives of those affected.  The story of “Publicity” is told from the perspective of 4 of its main characters, each character with their own typeface.  Mendez doesn’t turn out to be who he says he is and has his own back story mirroring “Publicity”.  Due to delicate circumstances he is unable to attend meetings with the publishers Valerie has set up to buy “Publicity”, enter stage right, Leo Benedictus, playing himself, agreeing to stand in for Mendez to get the contract signed.  I hope you are all still with me…!

The third element of this book is not a story thread, more to do with how the reader is expected to get involved with the marketing/selling of The Afterparty itself.  Several of the conversations between Mendez and Valerie are about marketing ideas for “Publicity”.  One of which is to encourage readers to review “Publicity” online, those reviews will then be listed in the paperback version when it is eventually published.  This is a subtle message to readers of  The Afterparty to do just that and their reviews will be (and have been) published in the paperback edition.  This is only one gimmick Benedictus introduces, there are several others.  Call it “participation fiction”.

When I read back my description of The Afterparty, part of me thinks it sounds like an interesting structure with experimental form.  What Benedictus has attempted here seems exciting; the participation element, the story within a story, life imitating art and vice versa.  It may have worked better, for me, had my attention been held more by the quality of the writing.  Being a doctor’s surgery reader of trash mags like Heat, I could well believe some of the interplay between the characters, but the dialogue was so cheesy in places, I cringed.  The whole thing was flat and bland, not really very funny (when I think it was supposed to be), and it was a bit predictable if I’m honest.  I will admit however, that I did enjoy parts of it, possibly only the first quarter though.

I get that it’s supposed to be a pastiche of celebrity culture, public relations and publishing, I understand that Benedictus is poking fun at all of these areas of our society, and let’s be fair they are ripe for ribbing.  I just feel if making fun of these things is the over-riding purpose of The Afterparty, it would have worked so much better had the quality of the writing been top-notch and not so-so.  Maybe that is the point of this book though.  “Publicity” isn’t a good book, well written, in “Publicity” we find all the eye-rollingly predictable celebrity nonsense and cheesy dialogue.  It is for “Publicity” that all these gimmicky publicity grabbing techniques are devised, it is the writer of “Publicity” who is hell-bent on being in control of most of the book’s marketing and getting his book read by as many people as possible.   Maybe, in fact, Benedictus is a genius, in that he is making fun of not only celebrity culture, publicity machines and publishing, but he is making a comment on the acceptability of average writing and how publishers and the publicity machines perpetuate this by throwing money at marketing mediocre books.  Maybe he is having the last laugh, after all, his marketing ideas have sold plenty of his books.  But I doubt it.  Certainly, it has made an impression on me, because despite thinking The Afterparty is no better than average, I have given this blog post a great deal of thought and attention.  I guess this is what I love about books and reading – it opens up a debate.

3 thoughts on “The Afterparty – Leo Benedictus” 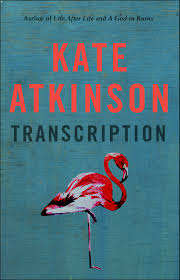